Why Your Piston Pumps Don’t Reach the Published Pumping Performance 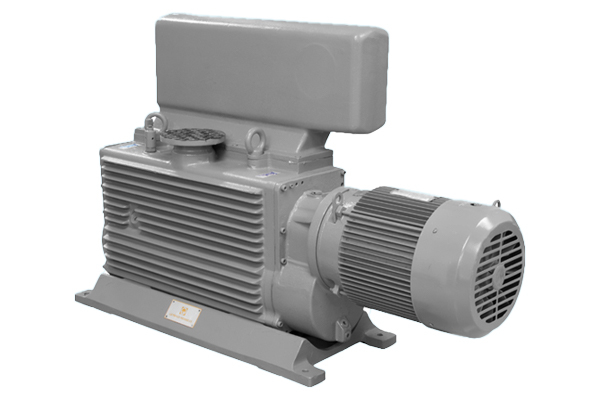 If you use a rotary piston pump in your facility, you probably realize that it only pumps as fast as the published specification when the pump is new and the oil is clean. This is the case whether it’s used for a metallurgy furnace, vapor deposition system, space simulation chamber, or drying application. After a few uses, the performance starts the slip. Over time, this only gets worse. But why does this happen and what can you do to fix it?

The Impact of Water in Your Piston Pump

Have you ever wondered why pump performance is even worse on humid days? It’s all thanks to the water that condenses in the pump. When highly agitated, oil will emulsify with water, so at times, there’s so much water that the oil turns milky. On humid days, you might not be able to get under 100 microns even with a blower.

The water in question is pumped out of the vacuum chamber and piping when drawing vacuum in the chamber, condensing in the pump as the pressure of the water vapor is raised to atmospheric pressure near the exhaust of the vacuum pump.

A single milliliter of liquid water will vaporize to form approximately 1.24 liters of vapor at standard temperature and pressure (STP). Governed by the ideal gas law, when pressure goes down, the volume occupied by vapor goes up. If the pressure drops from a million microns (atmospheric pressure) to one micron, then 1.2 liters of water vapor turns into 1.24 million liters of water vapor. (For reference, 1 mL of water is roughly the volume of the end of your finger under the nail.) Ask yourself how many mL of condensed water are inside your piston pump at any given time, laying in the bottom of the oil reservoir or being thrashed about inside the pump while operating.

Every time your pump goes through a compression cycle, there’s a vacuum that builds up behind the piston. When the pressure goes lower than the flash pressure, some liquid will turn into vapor within your pump. This vapor can consume up to half of your pumping speed, and it’s ultimately what’s stopping you from hitting the published pumping performance.

Even with changing the oil, you’ll never revert back to the pump’s performance out of the box since you can’t get all the water out. Often, if your desired pressure is low — for example, under 20 microns — you will never achieve this without a Roots blower above it. You are even unlikely to get there with the Roots blower. We often see cases where a pump/blower combination will base out at 50 microns or higher, particularly when the weather is humid. This is why if you change the oil on the piston pump, you will still never recapture the performance it had when new.

You cannot get all the water out unless you run the pump hot with gas ballast on to drive off the moisture. Gas ballast works in time, but time is exactly what a production line does not have. The time you wait for your pump to get ready is time lost, otherwise known as downtime — the most expensive mistake.

The Water Won’t Go Away

This is the big issue. Water vapor takes up an enormous amount of volume at low pressures, just like other gases. The tricky part about water is that it condenses easily on surfaces, especially metal surfaces, that are colder than 100⁰C (212⁰F) when open to the atmosphere. It gets absorbed by hygroscopic materials like dust and metal chlorides. Then it gets pulled out of your system by the vacuum pump, where it might condense internally.

If you have a dry vacuum pump that runs warm enough internally to keep water in a vapor state (most of them do), then condensing water is never an issue. With most dry pumps, you get the same pumping on day 1,000 as you do on day one.

Desorbing in Your Vacuum System

There is one more serious impact regarding water vapor in vacuum performance. Water is a polar molecule, meaning it has a molecular-size electric polarity. This makes it much more likely to stick to a surface even when not condensing, and it resists desorbing from the surface more than gases like nitrogen, oxygen, or argon. As you get deeper in the vacuum, the water molecule becomes more likely to desorb. This is seen as outgassing. Why is it a serious issue?

When the pressure falls under 100 microns, there’s still a lot of water vapor on your vacuum system’s surfaces. Going back to the pressure-volume relationship 10 times lower pressure requires 10 times more pumping speed to achieve.

The difference between the green and amber curve is what you can expect if you use a blower to enhance the pumping system performance. You both shorten the time and achieve a deeper vacuum. The difference between the amber and blue curve is a similar gap, which shows that a blower can mitigate the loss of performance in the piston pump. What it also means is that you are largely losing the benefits of the blower due to the water condensation in your pump, and that can be a very expensive penalty. Looking at the time chart above, you see that the pump/blower combo represented by the light green line reaches 10 microns in about 5 minutes, whereas the amber curve which represents a pump/blower with water contaminated oil takes 35 minutes to reach 10 microns. If you have a production cycle that takes 2 hours, then 30 minutes of that hour are wasted waiting to reach vacuum to start the process. Over the course of an 8000 hour production year, you are wasting 120,000 minutes of production time, which is a 25% loss in productivity. Adjusting your vacuum requirement to 20 microns is a great step if it is compatible with your process, then the difference is 9 minutes vs 3 minutes. Still, over an 8000 hour year, you are wasting 72,000 minutes, or 1200 hours.

So, what can you do to minimize the problems associated with water vapor in your vacuum system? Well, you can eliminate the rotary piston pump or any roughing pump with oil in it. Dry vacuum pumps like the Leybold DRYVAC run very warm inside (up to 180⁰C, or 356⁰F), so they will not condense water inside the pump.

This eliminates the problem of having water in your vacuum pump. You can drive the water off the surfaces of your vacuum chamber by heating it. Thus, the pump set always pumps as if it is new and thus can reduce your pump down time as seen in the illustration above.

Related: "Dry technology" is a term that gets thrown around in the vacuum world quite a bit. But, what does that mean? And, how can that benefit your process?

Using an Oil Vapor Pump to Speed Up the Process

A second option is to consider an oil vapor pump like the Leybold OB6000. An oil vapor pump will have many times the pumping speed of mechanical blower systems at pressures under 15 microns. In fact, an OB6000 has over four times the pumping speed of the blue curve pump set at pressures under 15 microns. Need more? Try the OB12000 or OB18000.

How to Get the Best Pumping Results

Your best bet is to contact your local Leybold account manager to have them come assess your system and advise you on ways you could get better performance.

How important is the pump downtime? Your whole process is paused until the pressure requirement is met. Pump downtime is lost money, which means lost time and less product produced. It adds directly to your total cycle time, meaning you get fewer cycles per week and per year. That can be a huge hit to your production.

If you’re already accustomed to long pump downtimes, you could see a huge boost to your production by making the right changes. Typical ROIs when upgrading to better performing vacuum equipment is less than six months. 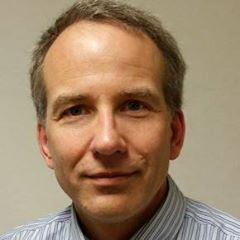 Gene Ligman is an engineer with a passion for vacuum applications and equipment. He started his engineering career over 30 years ago in the nuclear power industry where he was first introduced to the utility of vacuum in steam systems and some basic vacuum generating equipment. In the mid 1990’s, he joined Edwards Vacuum where his knowledge of vacuum applications and equipment expanded exponentially.

Having a degree in mechanical engineering with a focus on vapor physics has propelled him to become one of the primary resources in applications where phase change creates complexities above and beyond the normal complexities of vacuum applications. Now with Leybold USA, Gene is a Sales Development Manager for Leybold’s largest and most industrial vacuum generating equipment. He trains the US organization in key insights about how the right vacuum equipment can radically improve the productivity and profitability of vacuum-using factories. These insights, along with his passion for vapor physics make him a leading authority in vacuum system design.

Field Service vs. Depot Service for Your Vacuum Pump Repairs

Improving Your Cost Per Batch 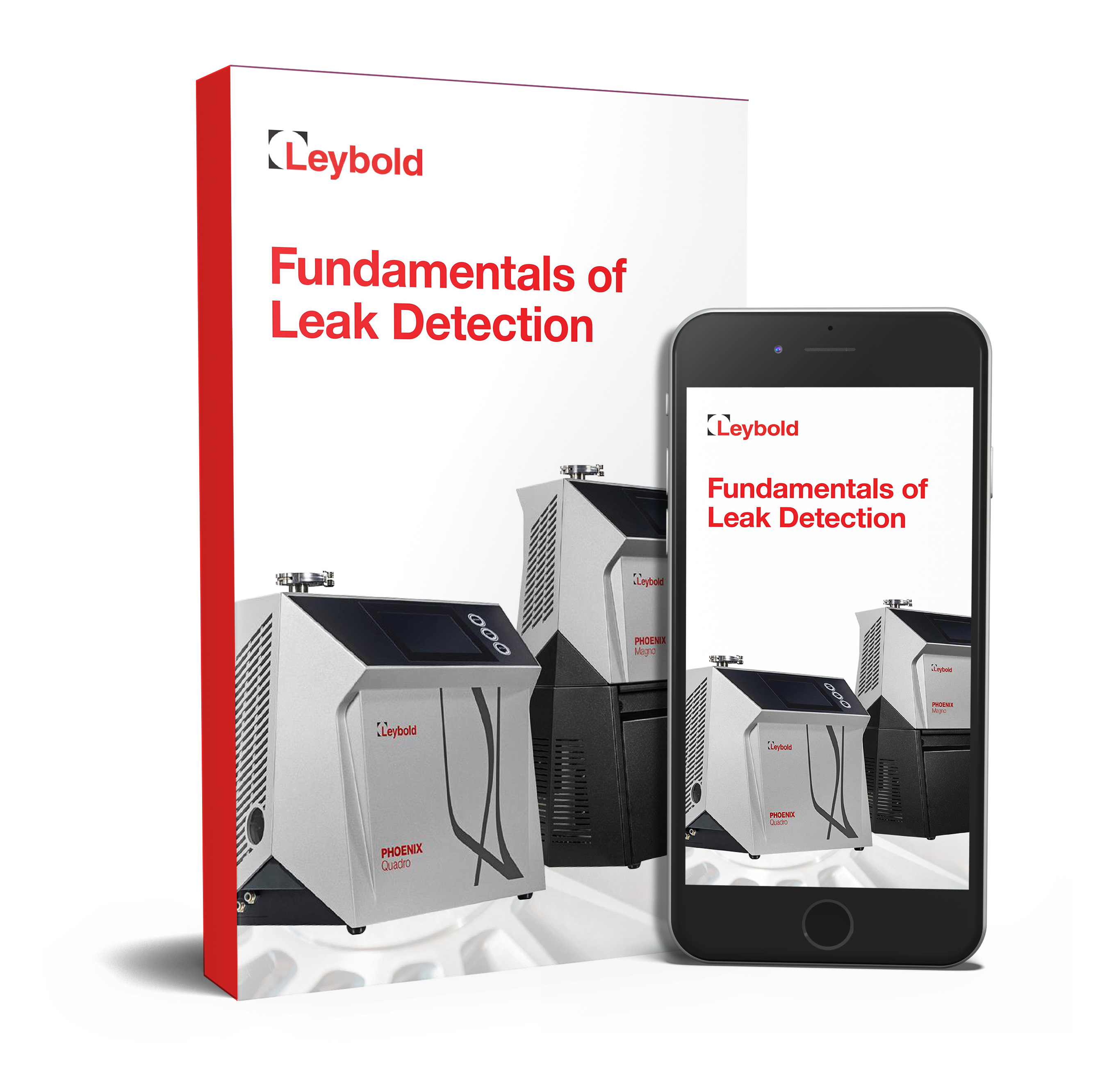