Understanding the Right Vacuum Pump for Your Food Application 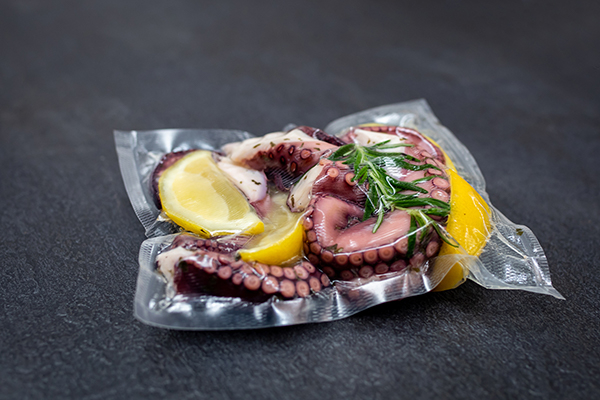 With a dizzying array of vacuum pump options available for every application, it's hard for food and beverage processors to evaluate suitability for their specific needs.

This becomes especially challenging in harsh operating conditions such as frozen food production areas, wet areas, or packaging lines that demand constant high-speed operation. All of these factors affect the performance of vacuum pumps and how they hold up under the application's demands. Maintenance and upkeep are essential considerations as well. If a production line has to be shut down for maintaining, repairing, or cleaning a pump, that's product—and money—not being made.

Add all of those considerations together, and the seemingly simple task of deciding on which vacuum pump is the right fit becomes much more complex.

"If you're in a food production plant, you might know your food product. You might know what you want to get out of the packaging machine or the processing machine," says Gene Ligman, Sales Development Manager, Leybold. "But, frankly, there's no way that you can have enough bandwidth to know what machinery companies are doing to change the world of manufacturing automation."

As an example, consider the fundamental question of oil-sealed rotary vane pumps, oil-free options, and liquid ring pumps. All of them have different characteristics and needs, and those needs change based on their environment. Understanding the difference is the first step to making an informed decision on the right vacuum pump for your application.

The Mechanics of Vacuum Pumps

"Any fatty acids will corrode the pump," says Ligman. "The sugars will create other problems. And the water vapor will condense in the pump, and it'll create a situation where you lose the pumping capacity of your pump—not entirely—but a certain portion of it."

That adds up to more maintenance required, as the contaminants in the water vapor force the need for frequent oil changes. Those oil changes quickly add up when you consider the cost of the oil, the cost of labor, and, most significantly, the cost of the downtime on a production line to service the vacuum pump. In applications such as freeze-drying, where water vapor is more prevalent than in dry processing, oil changes are needed on an even more frequent basis, compounding the costs.

Dry vacuum pumps don't have oil in them and run hot enough to condense the water vapor. The contaminants such as sugars and fatty acids pass through the exhaust instead of clinging to the oil inside the pump. One consideration you do have to keep in mind with dry vacuum pumps is whether the specific pump will run hot enough to cause sugars and fatty acids to burn onto the pump components.

Energy efficiencies of dry technology can vary by 30% compared to wet technology but are a small operational cost. So while dry can have an energy usage advantage, the actual efficiency comes into play that dry pumps don't require frequent service or maintenance that can result in frequent downtime. That results in more production over the same period because the line doesn't have to be shut down for pump maintenance.

The specifics of vacuum pump needs vary depending on what kind of application they are being used in. Packaging requires low pressure with a faster cycle. Processing, such as tumbling or mixing, has a longer cycle time with higher pressure than packaging, but it's more of a medium pressure requirement than a high one. In freeze-drying, the cycle times vary, but the pressure requirements are lower than either of the other two applications mentioned here.

"If you look at each application individually, the differences in pump requirements become pretty significant," says Jim Hupp, Product Sales Development Manager, Leybold. He explains the applications of dry vacuum pumps in each of those three specific areas.

Packaging: Packaging has little contamination than processing or freeze-drying, although there can be a carryover from the production process. Uptime is critical, and cycle times are faster.

"I'm looking for a dry technology that is compact in size as it could be out on the production floor," says Hupp. "Can be used in a wash down area, can handle water vapor, or amounts of liquid carryover. And will handle some amounts of dry particulate contamination."

Processing: Contamination is a big concern, as water vapor and product carryover are present. The possibility of contamination means uptime is at risk if a pump has to be repeatedly taken offline to be serviced or repaired.

"One of the things I like to look for is the ability to service and clean my pump on-site," says Hupp. "Because of the much higher risk of product carryover in those areas, it's widespread that pumps are slugged with high amounts of liquid or product slurry that shut the pumps down and requires that they be replaced before production is back up running.."

Freeze-drying: Contamination is a significant concern given how much water vapor is present. Everyday products such as freeze-dried berries contain sugars that can contaminate oil in wet pumps. Cycle times vary, and the pressure required is the lowest of these three applications.

"I like to have the ability, if needed, to open the pump, manually clean it and go back online," says Hupp. Typically, I can do that within an hour. If I can manually get my pump back online within an hour compared to replacing my entire pump or that the line is down until I can get a replacement pump, that's a big advantage."

The Big Picture of Vacuum Pumps

Depending on the application, the environment, and the characteristics of the products involved, vacuum pump requirements can change significantly. Processors who want to get the most out of their pumps need to understand all the factors involved and combine them to create harsh conditions for pumps.

Performance capabilities, initial cost, and total cost are all part of the calculus, as they are for other pieces of the production line. All of those need to be clearly defined before purchasing decisions are made, and they need to be based on the best information available. As just one example, being able to accurately project the frequency of oil changes required on wet pumps in a freeze-drying environment can make a big difference in its total cost.

"Once that determination has been made, then the question becomes whether current pumps are meeting production demands and what changes need to be made if they are not," says Ligman. "That will most likely mean having to take down a production line to replace pumps with models that are more suited for the specific application. That's not an easy decision, but it is a necessary one to maximize production efficiency."

"One of the hardest things for a company to do is to take down their production to make a change to it even knowing that they might get a better result after the change," says Ligman. "It's difficult to take down your production line because, during that time, you're running behind on your production. You're losing money, and you're running behind, you're building up a backlog, you're putting pressure on everyone. It's a hard decision to make."

Encompassing Technical Service, writing Vacuum Product Manuals, Managing Trade Shows, Sales Account Manager for direct and distributor sales and lastly Product Sales Development. My 34 years of vacuum industry experience have covered a very broad spectrum of vacuum applications and markets. Food, chemical, plastics, heat treating, metals, vacuum centralization, universities, R&D and a host of others. I take great pride and joy using this experience to help customers and colleagues learn the intricacies of vacuum, how best to utilize and apply to their applications for appreciated results.